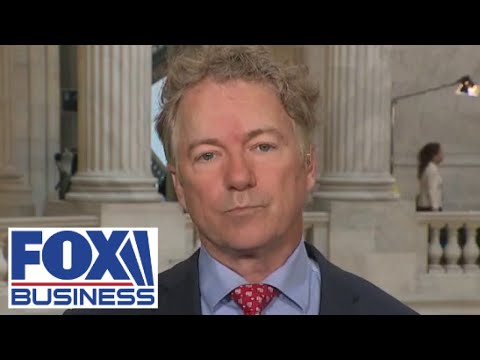 Rand Paul: "Frivolous and reckless spending by the DNC will be funded by the incremental Inflation tax that is being imposed on the poor and the retired indefinitely. Democrats don't seem to understand the relationship between debt, the federal reserve monetizing it, and inflation." #NotTransitoryInflation #SelfInflictedInflation #InflatonTaxOnThePoor #InflationTaxOnTheRetired #FailedDNCPolicies #LGB Follow Colin Wright @ExtremelyAmerican.com on GETTR 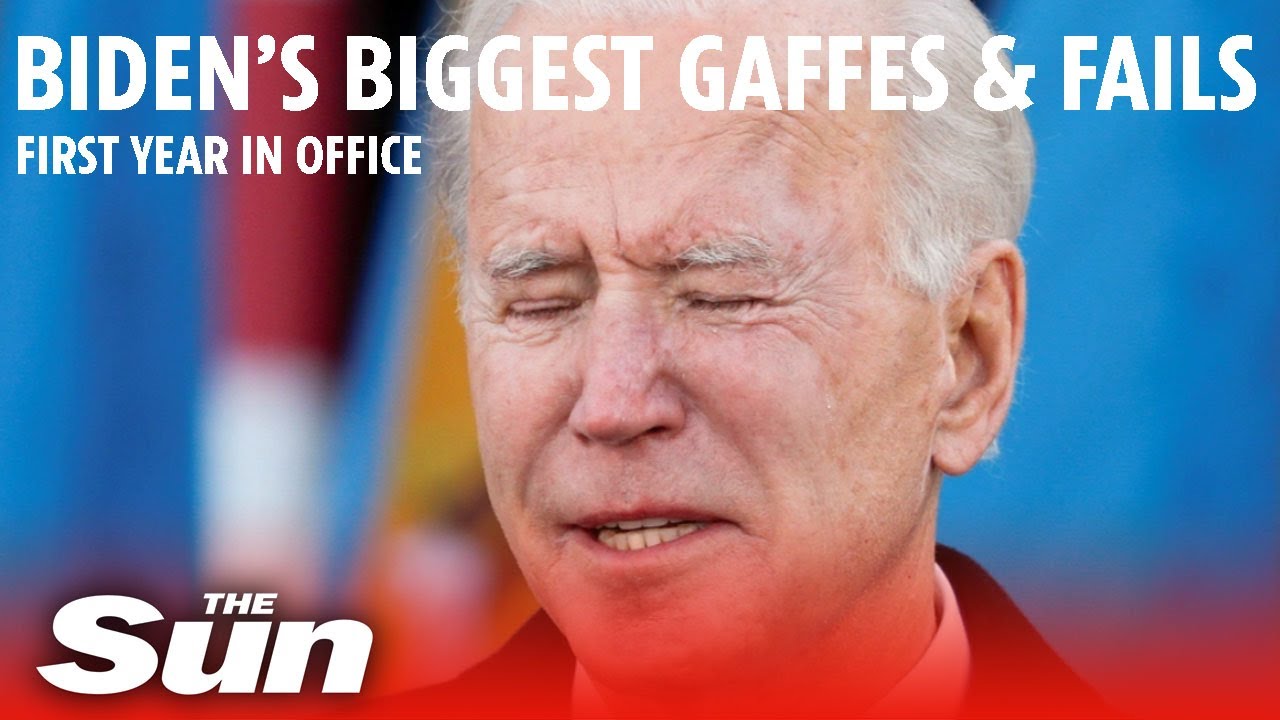 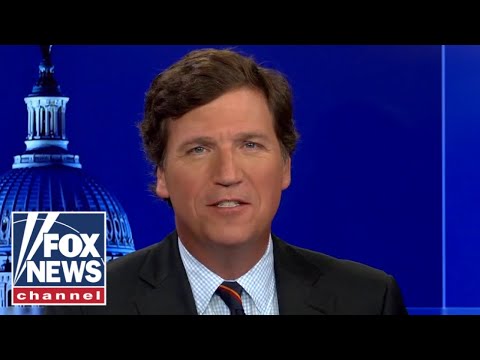 Biden & his illegitimate administration delivered Inflation to America & it was intentional

March 13, 2022: Joe Biden and his vast collection of failed Marxist policies caused skyrocketing inflation along with a raging river of other crippling economic and social disasters from the start of his illegitimate entry into the White House. The data is irrefutable in spite of Biden's hyper-defensiveness and chronic reliance on blaming others for the state of the American nation. During President Trump's term, we never saw the havoc, trials, and tribulations that are so pr 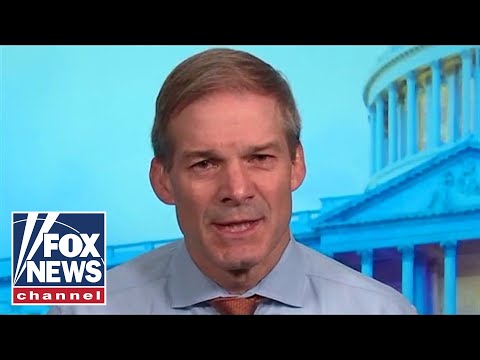 March 8, 2022: As US inflation and the cost-of-living skyrocket, Joe Biden and the DNC Marxist Party refuse to correct 14 months of failed domestic and foreign policies. Instead, Biden and his illegitimate administration are doubling down on continuance of their failed policies while groveling with rival nations to mitigate Biden's self-inflicted wounds to America. #ResidentBiden #DNCMarxistParty #LGB Follow Colin Wright @ExtremelyAmerican.com on GETTR 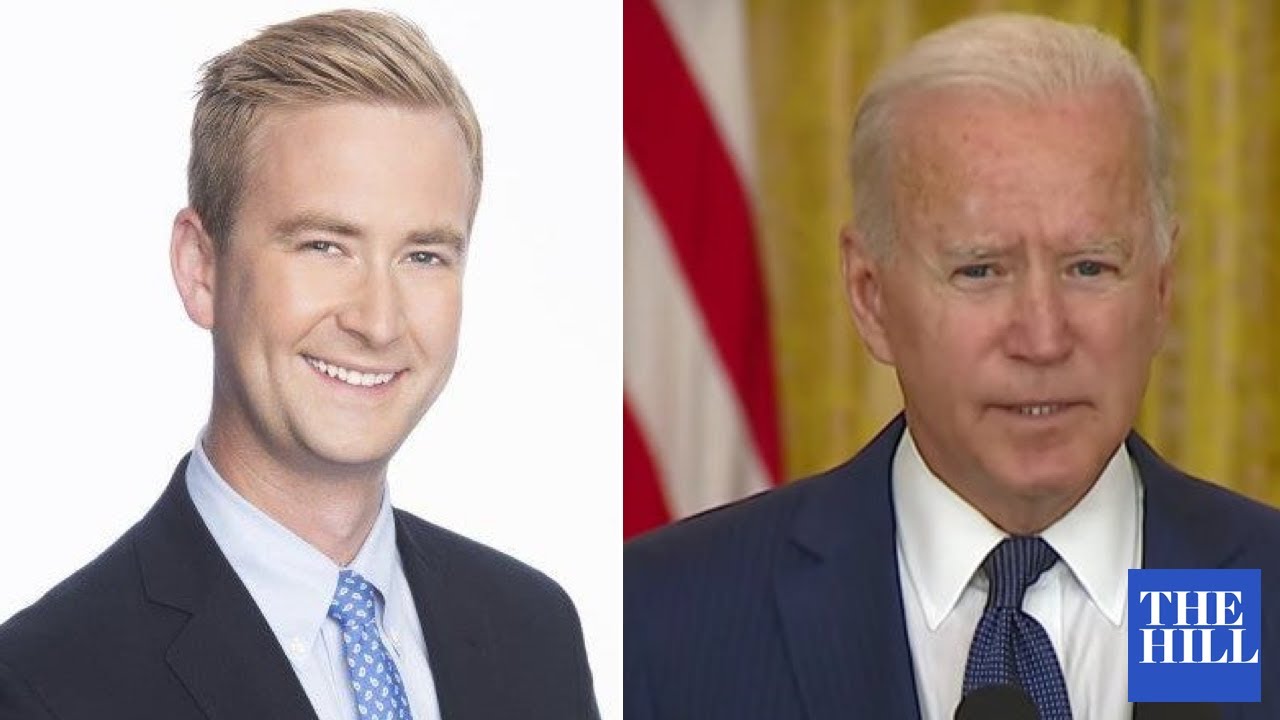 Biden Calls Fox News Reporter a ‘Stupid-Son-Of-A-Bitch’ after Inflation Question January 25, 2022: As Joe Biden is increasingly confronted with questions relating to his failed policies and their disastrous outcomes, it appears his only response is to lash out at journalists and use profanity in a pathetic attempt to cover up his ignorance and ineptitude. Aside from referring to inflation as "an asset", this "cognitively challenged" and illegitimate "occupier of the White Hou 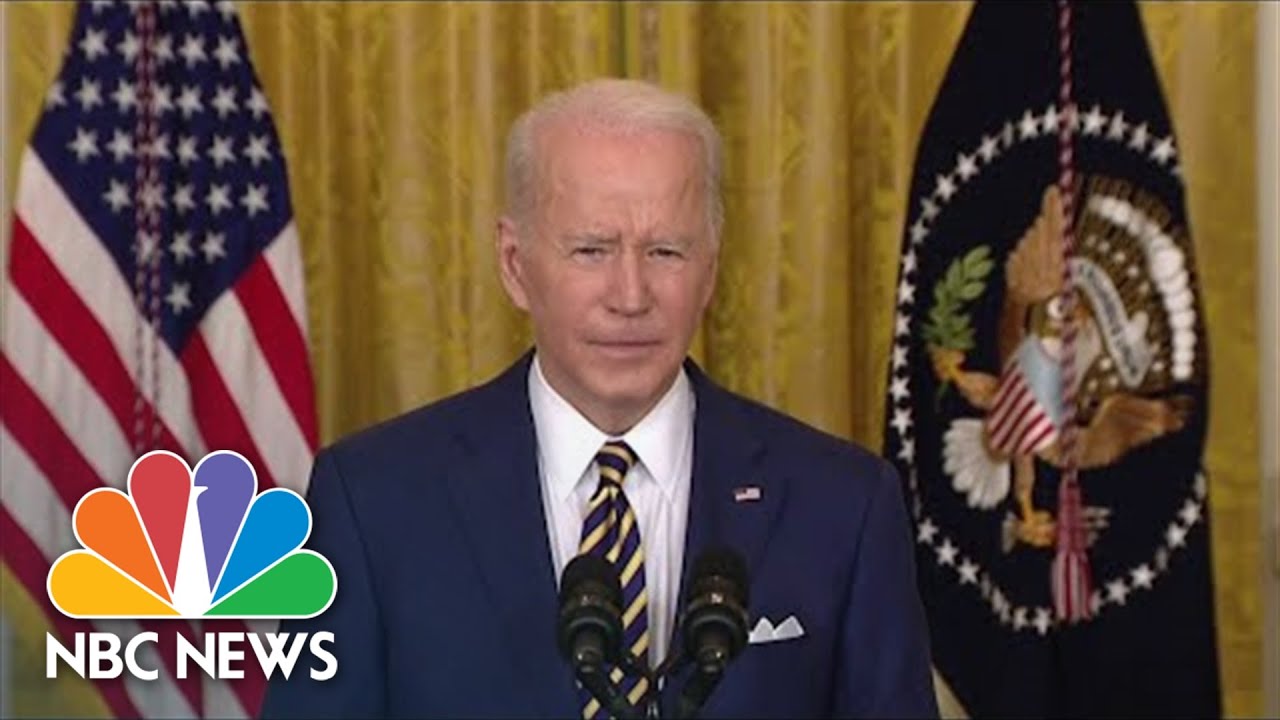 January 20, 2022: Biden employs Covid as his reflexive and pathetic excuse for each of his failures and every power grab that has characterized his illegitimate administration during his first year of occupying the White House. By every measure, Biden and his DNC party have failed despite their attempts to hide behind Covid and an assortment of disgraceful race baiting tactics. The first year of the failing, reckless, and dysfunctional Biden administration is covered in detai
Extremely American

Biden's Idea of "Build Back Better"

Forbes: "Inflation & Lame Biden Policies are likely to cause a Stock Market Crash In 2022" (video)

Steve Forbes: Will Inflation Cause A Stock Market Crash In 2022? There are two kinds of inflation simultaneously wreaking havoc on our economy, and 2022 could be the year when inflation starts to hit the stock market adversely. But how bad will it be? Will inflation finally cause a stock market crash in 2022? Steve Forbes on what investors need to consider when it comes to the two kinds of inflation and on the darkening cloud hanging over the New Year, which is undermining t
Extremely American

#Fedsurrection - Biden, the DC Swamp, and media are FOS & every image from that day proves it

Not exactly the image of terror, horror. and violence described by the moron in the White House and his propaganda peddling media agents. Referring to January 6 as an "insurrection" is laughable. Only the most ignorant and gullible person could ever believe such an unconvincing hoax - one that was obviously custom designed by the Deep State and the DC swamp (Pelosi, McConnell, Cruz, etc.). Let's review the image above. The so-called "insurrectionists" were armed with flags, p
Extremely American

January 1, 2022: We enter 2022 looking back on one Biden failure after another in 2021. Joe Biden and his illegitimate DNC administration have intentionally undermined the American economy, American culture, and American freedom. In a recent tweet, Stephen Miller nailed a perfect summary of Biden's collection of intentional crises and self-inflicted wounds to America. #LGB #CrisisOfCrises #BidenFailure Follow Colin Wright @ExtremelyAmerican.com on GETTR 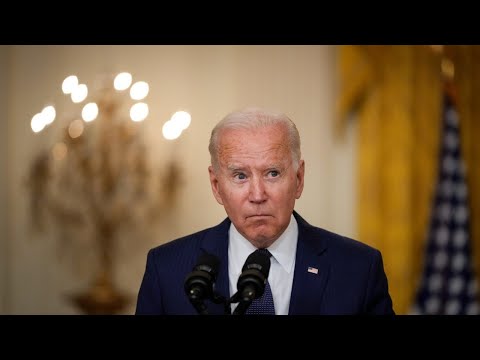 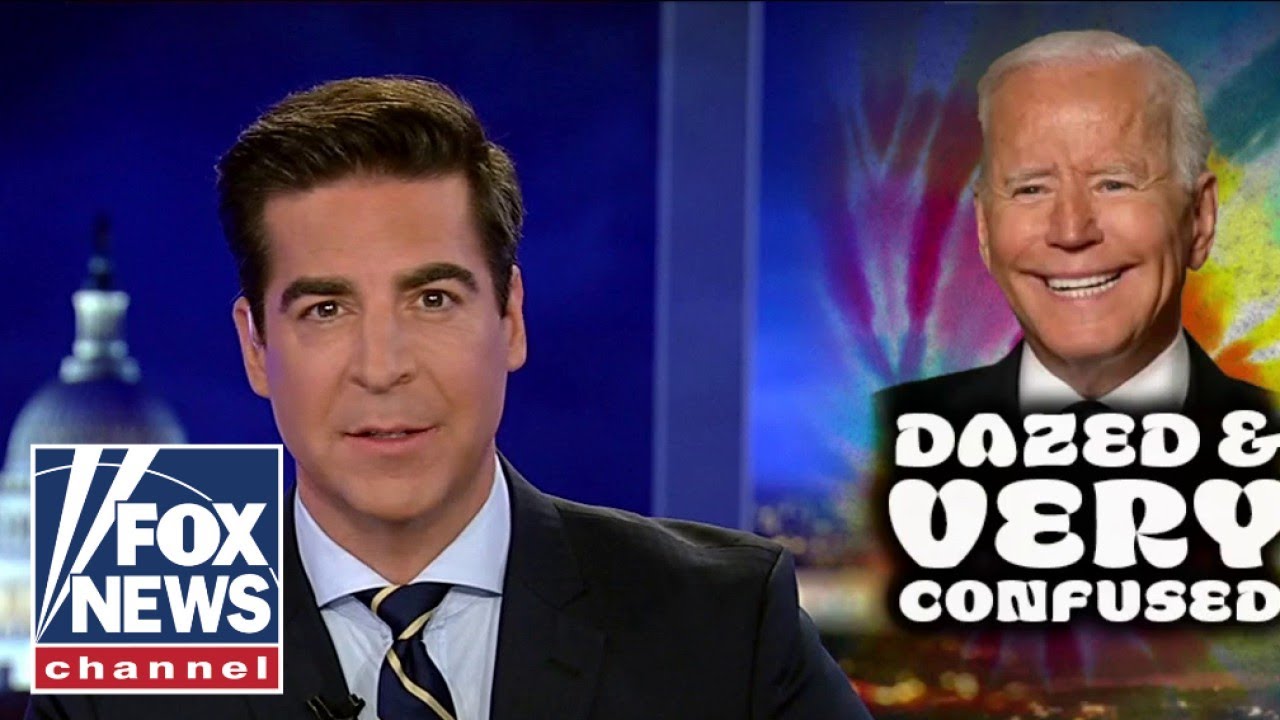 Jesse Watters: Biden is Dumb & Getting Dumber, and his decline is indisputable

December 24, 2021: Jesse Watters (Fox News) nails the current call on Biden. Biden is truly an "ignorant and illegitimate occupant" in the White House. This political fraud is failing at unimaginable levels, and he remains oblivious to his record-breaking incompetence. #LGB
Extremely American

Biden - One Failure & Excuse after another 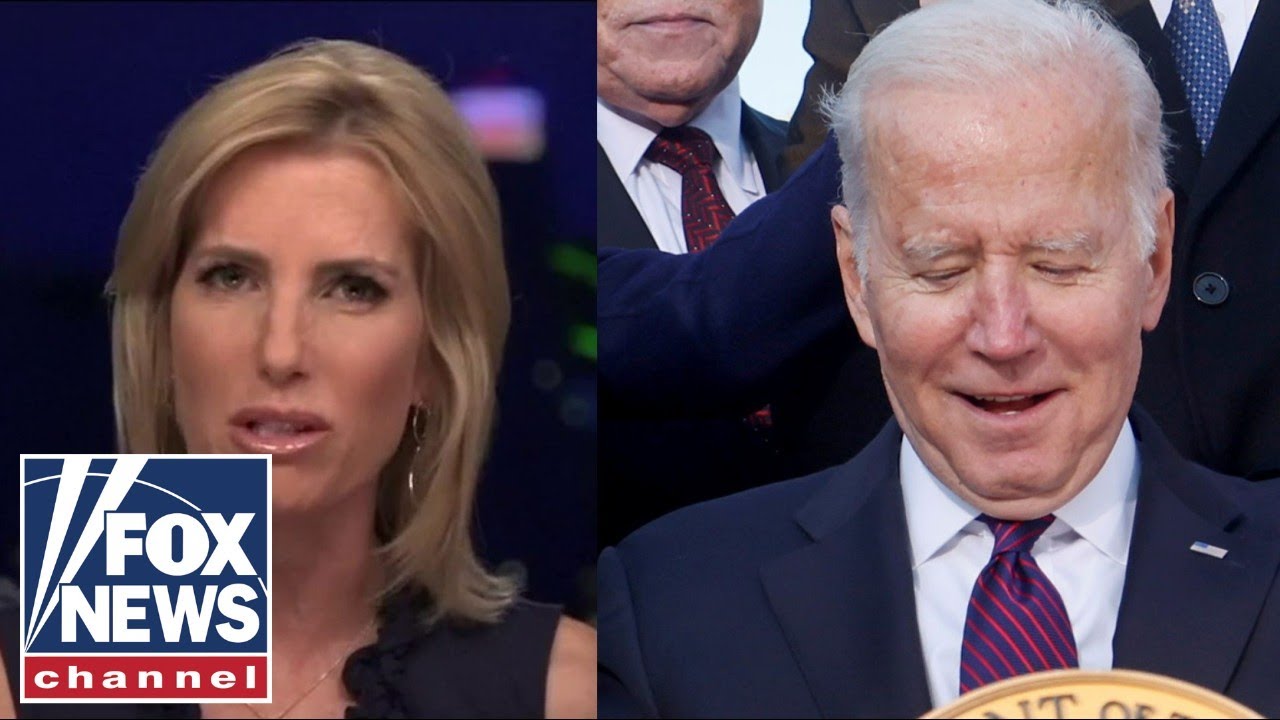 Laura Ingraham: America's biggest threat is Biden & his own 'Team of Incompetents'

November 16, 2021: The peril facing America intensifies day-by-day and is a direct result of the bumbling fraud in the White House and his "team of incompetents". Elections have consequences, stolen elections have catastrophic consequences. Laura Ingraham provides an excellent summary of everything wrong with Biden and his illegitimate and feckless administration. #LGB
Extremely American 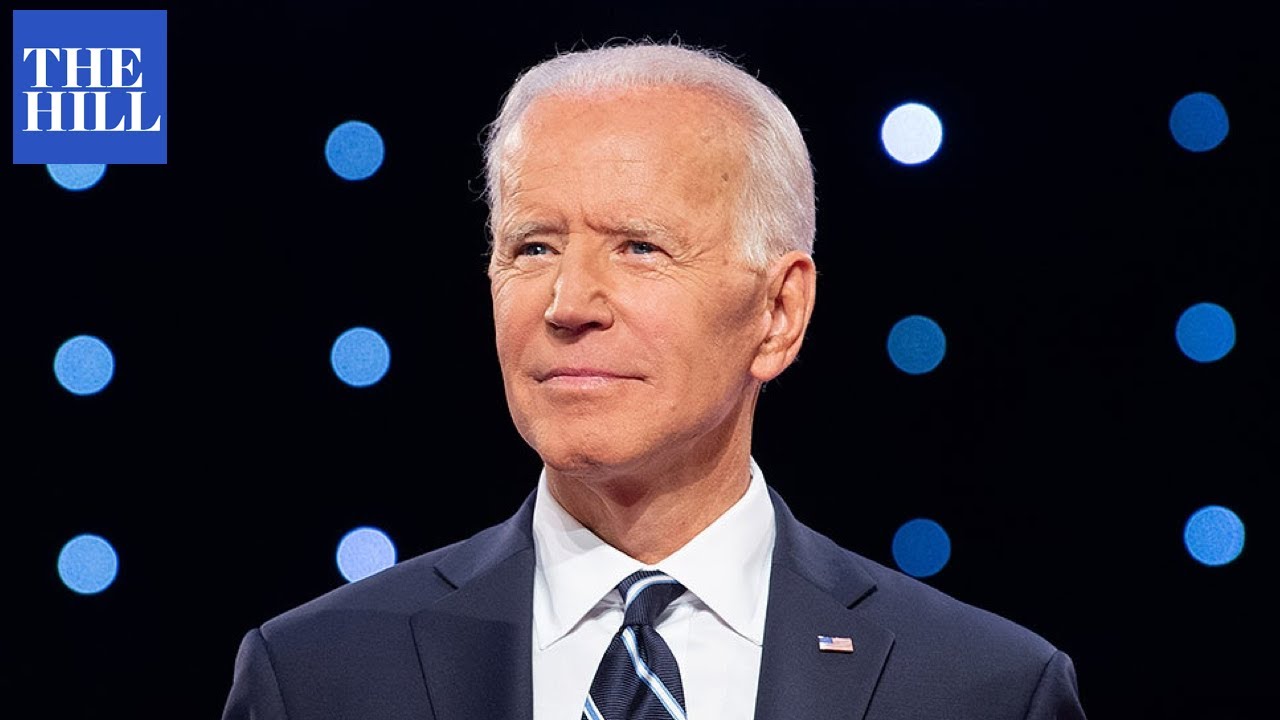 Video Link: Biden's rambling and incoherent articulation of hyper-inflation Video Link: White House Deputy Press Secretary Karine Jean-Pierre clueless on hyperinflation Biden's only knowledge about inflation is how to cause it and how to make it worse. Americans overwhelmingly doubt Biden's ability to reverse the economic peril he and his illegitimate party caused in less than one year. #FoolsOnInflation #FailedBidenPolicies #LGB
Extremely American

"Brandon" claimed that “We’re going to win in Virginia”… The Moron was Wrong Again!

November 3, 2021: Looks like "Brandon" misread his teleprompter. Virginia and a wave of other great election results swept the nation and signaled the end of Joe Biden and his illegitimate Marxist DNC operative. Mark November 2 in your calendar as a massive turning point against tyranny and in favor of freedom. #LGB #FJB